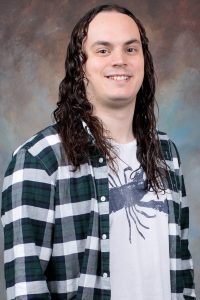 Coming from a poor household in rural Pennsylvania, I remember my first weeks at Lafayette as a blur of culture shock. How could my peers afford to take weekend trips to New York? Why was everyone so confident in their future? And how could I possibly lead change at a place like Lafayette?

Rather than give in to resignation, however, I viewed this challenge as inspiration. I immediately took advantage of the new opportunities that became available to me – I successfully secured a place on the Varsity Fencing Team, tried our Shakespearean theater, and even hosted my own radio show. However, I also engaged with campus groups whose activities were more families, such as Theater Underground and Lafayette Juggling Club. Throughout the next four years, I both taught and learned from my peers, ultimately attaining leadership positions within many student groups. From organizing Humans vs. Zombies to hosting talent showcases, I continuously worked to incorporate my organizations into the greater campus community.

Perhaps more than any other experience at Lafayette, traveling to Madagascar was transformative for me. In the country’s capital, I worked with students whose economic constrains, intellectual curiosity, and personal ambitions were remarkably similar to my own. After this experience, I pivoted my academic interests away from finance and towards economic development and community building. I spent the next three years working with various development organizations that were both local in scope, such as EEGLP and PennEnvironment, and nationally-focused, such as the Whitman Fellowship Program and Tech Clinic.

Even though the beginning of my Lafayette career was plagued with self-doubt, the Lafayette community provided me the support that allowed me to prosper. Against all odds, I have left my mark on our campus, and I will continue to represent the Lafayette ideals as I fight to change the world.

Fellowship given to three students to fund a development project at Lafayette; I was chosen to lead this year’s project within Appalachia

Award given for excellence in the area of small business studies

Award given to students who demonstrate a high proficiency in French

Received interviews for these four scholarships, but ultimately was not awarded them; however, I spent a significant amount of time applying and preparing for each of them

Founder and president of the Lafayette College Juggling Club, an organization that provides juggling lessons and practice space for performing artists

President of the Social Gaming Network Lafayette, an organization that

Board member of Lafayette College Arts Society during my sophomore year, though I opted to be a member during the rest of my time at Lafayette

Tour guide for the Lafayette Admissions Office, where I had the opportunity to represent the college to incoming students

DJ at Lafayette College’s radio station, WJRH, where I hosted an alternative music show with my cohost

Member of the newly-formed Lafayette E-Sports club, where I participated on the Hearthstone Team

Actor in The Merchant of Venice, produced by the Lafayette College Theater Department, during my first year

Undertook a development project in Weatherly, PA that sought to reimagine the town’s natural, latent assets in order to promote economic and social growth

Fenced on the varsity fencing team at Lafayette despite never fencing before, ultimately achieving the captain position during my final year on the team

Worked with my fellow students as an academic tutor for introduction to economics, econometrics, and financial theory

Ushered for shows for the Theater and Music Departments at Lafayette

Worked at an environmental nonprofit in Bethlehem, where I was given the opportunity to lead a team to collect petition signatures door-to-door across the Lehigh Valley

Our Pulse Our People